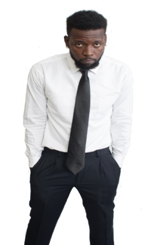 I am DJ Prime Tyme. My birth name is Andrei Pavel Walters and I was born in Spanish Town St. Catherine, JAMAICA, the same year Michael Jordan was drafted into the NBA.I fell in love with music from the tender age of five, and I can remember watching my older brother Mark mixing while being the master of ceremony(MC) for an event. It was fun, entertaining, and just overall incredible, watching my older brother go to work; and that’s how I fell in love with the DJ game. Fast forward 8 years. I’m now 13 years old attending high school and a few of my neighborhood friends and I started a little party sound system. We were called the Patriot Sound System, comprising four members of which only two of us are currently DJs. I was known as “da black pearl DJPrime Tyme”. I wasn’t really serious about being a DJ at that time because while the other team members could be out after 12 midnight, at the age of 13 my parents were not having that. So, a lot of the little parties we got booked for, I was unable to attend. The only ones I remember being at are the daytime shows. I migrated to the United States spring of 2006 after my grandmother’s funeral. Upon arriving in the Big Apple (Brooklyn) I was now on the party scene and didn’t think about being a DJ because I told myself that I had left that chapter of my life in Jamaica. However, I went to one party and the DJ was probably the worst I’ve ever heard in my life. So I asked someone if he was getting paid to be there and when they said yes, it dawned on me that these guys were getting paid to play at parties and they weren’t even average. I thought “I’m average. I could make some money too!” And that’s when I got back into being a DJ in 2008, 2 years after I got to the US. I got to play on the Golden Touch Sound System from Flatbush Brooklyn with DJ Trevor and DJ Chinee. After that I played with the baddest team alive, #Teamclubkillaz. I moved to Florida in October of 2013 and continued playing using my original team name and the rest is history.