“Just when the caterpillar thought it was over, it morphed into a butterfly”

Last week’s topic was thought-provoking and garnered some interesting comments. Simple Talk Blog is designed to inform, motivate, and inspire its listeners.

I am here yet again with another controversial public influencer. Rodney Pryce, also known as Bounty Killer or War Lord. He is a controversial artist who played an integral part in the exposure of Dancehall music. He is a lyrically inclined artist known for heated clash with other Dancehall Artists. A much-anticipated performer on stage shows such as Sting by both local and international fans. He has a reputation for spitting hardcore lyrics that are said to incite violence and promiscuity. Songs such as “Run up in a me magnum boy, stand up in front me shotgun boy” and “If you diss miss Ivy last son den you life disappear”.

His long history of rivalry with his arch-nemesis, The King of Dancehall, Beenie Man has cemented the tough persona he portrayed as one of Dancehall’s baddest Dj’s. This image was not a facade as it was alleged that this persona was transferred from the stage into his intimate relationships where he was violent against his then-girlfriend.

As Jim George said, “It’s not how you start that’s important, but how you finish.” In the Caribbean it is said, “wah nuh dead, nuh dash it weh”, which simply means, that one thought his tainted image could not be restored. However, he proved us wrong.  In a presentation where he addressed a group of people, a mentally matured Rodney Pryce emerged championing the cry against violence and instead of spitting hardcore lyrics this time, he was spitting facts, sharing information and giving suggestions on stemming the crime and violence in our country and society at large.

His growth is portrayed through his newfound love for his recent charity, namely the Bounty Killer Foundation and the end to a long-lasting feud between him and Dancehall artist Beenie Man. After serious introspection, there was an obvious change of his mindset, he buried the hatchet and embraced his past and allow Beenie Man to be one of his main source of support during his time of bereavement.

The icing on the cake was the monumental moment for Dancehall with him and said Beenie Man in the Versus Battle. Instead of a heated clash of former years, we were treated to a loving display of tune for tune by two former rivals, now become friends.

“The best thing about the past is that it shows you what not to bring into the future.” From the past to the task ahead, the footprints of Bounty Killer are a true example that it is not where you are from but rather where you are going, The final chapter, a better version of you. 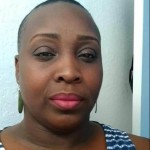 The two-dose Moderna vaccine or the one-dose Johnson & Johnson vaccine will be offered to customers. The store advises people to check online.

As of Friday, 6,780,865 Florida residents have been fully vaccinated with the coronavirus vaccine, the state reported. See the latest numbers.

Sick and dying shorebirds are turning up on and around Sanibel again. Is red tide to blame?
7 May 2021

The world's smallest shorebird is among many sickened along beaches near the Sanibel Causeway as birds with red tide-like symptoms spike at the clinic.

Sibling juvenile bald eagles were released Friday, May 7, 2021, in Cape Coral by CROW.

Fort Myers City Councilmember Fred Burson said that he wants to gauge whether combining the police departments would save taxpayers money.

Behind the scenes in the FSU presidential search: Familiar faces emerge as possible contenders
7 May 2021

Until now, insight as to the serious contenders for Florida State University president has been limited to whispers. We got most of them to talk.