A Young Girl Gets Murdered And They’re Blaming Women? Why Men Need To Be At The Front Of The Change

Hi everyone.  This week a young black woman was kidnapped, raped and killed in my sweet island in the Caribbean.  It was tragic though not an isolated event and has left us all raw and uncomfortable.  I am sure if I were to do some research, I would find out that young black women were killed in many other places this week, but no one is really talking about it.  Why not? Because black women’s lives do not matter!  How can I say this? It is obvious to me because as a black woman myself I have experienced this disdain regularly at the often unaware mostly unintentional hands of my “significant others” at any given point in time much to my frustration and have tried unsuccessfully to express myself yet consistently found it impossible to be heard.  So, in order to explain myself here I will try instead to draw a parallel.

Stop for a moment and think about how the call for justice for black lives has and continues to put the spotlight on just how rampant racism is in our societies and the clear disparity between the treatment of blacks as opposed to whites. Now ask yourself how many white people you know or have heard of willingly embrace the fact that they are part of the problem and are breaking their backs to give up their privilege.  With all the awareness I think it is safe to say that white privilege is still misunderstood by white people, correct?  Similarly, the lives of women in a male dominant society and how violence towards us is a thing EVERY WOMAN experiences every single day but is not allowed to talk about is a reality that men are not willing to face.  Sexism and male domination is thought of as a “women’s” issue just as black lives matter is seen as a “black” issue.  Therefore, the concept of Black Lives Matter has a very subtle rhetoric that almost sounds like Black MALE lives matter MORE. This is the reality.  With the patriarchy and racism alive and well, when they go down the road hand in hand the inferiority of the black woman is implicit.  This makes it possible for black women of all ages to be abused and violated and then discarded like trash.  A scary truth. “At core, men are afraid that women will laugh at them, while at core, women are afraid men will kill them.” P90 The Gift of Fear

So how is it that- like blacks, women are blamed for the way man treat them and often expected to be the ones who fix the situation?  All over the media there are well meaning articles about what a woman should do to avoid, prevent, or otherwise safeguard herself from the violence.  Everything from watching how we dress to what we say and where we go.  Not one article though on how men should restrain themselves or get help or not take advantage of a woman let alone resort to abuse or violence.  Not one, because clearly it is the women who are at fault and these deranged, out of control men are understandably incapable of acting differently or required to do so and if we women would just act right, we would be ok! The blame is conveniently shifted from the abuser to the abused!

Violence is not merely killing another.  It is violence when we use a sharp word or when we use a gesture to dismiss someone.  When another person believes that they have a right to decide for you what you need or how they can take charge of your body and mind or time and space, whether well-meaning or not, without asking for your input or opinion or permission.  It is as if their ideas about what they want to do albeit with you in mind but most often selfishly are all that matters, and you have no choice but to go along with them. When we as women obey because there is fear or else some sense that our thoughts or ideas or wants are not as important or do not matter, we are responding to violence.  Violence is much more subtle.

As little girls we are socialized to be warm and accommodating.  A black woman who is explicit is seen as harsh or cold and calculated – a “Beatch”- never a good thing.  We are taught to believe that niceness is goodness and that our response must be willingness and attentiveness setting us up to allow for further interaction which provides more time to be manipulated. We must teach our girls to be assertive and that it is ok to say no and mean it. We must never allow one single gesture of contempt towards us. Our voices must be heard because our desires matter, and our men must take up their responsibility by first acknowledging their privilege and then finding ways to give it up for the sake of a better, safer world for us all. Our mothers, sisters, friends, families, and daughters.

I know, it might be hard to embrace some of these ideas, but they must be addressed, and our men need to recognize how their entitlement and privilege affects us leaving us helpless and empty and, in some cases, literally killing us.  Every black person experiences racism, but every male is on the giving end of sexism and if we do not have that conversation and face up to the fact that male privilege is a thing that affects our black women undeniably then next week and next month and next year another black woman will become the next victim and they will shrug it off and say it’s a woman thing.

“Women should be angry about the violence and fear that inform our lives. So should men.” Soraya Chemaly. “Rage Becomes Her: The Power of Women’s Anger”. This is Epikliz saying Strive to BE the love that brought you here and then spread it some more.  See you next week. 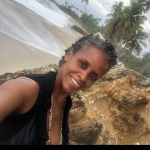 Handwritten letters are all Florida prisoners have left. Now FDC wants to take that away
2 August 2021

Advocates for the incarcerated say physical mail is an important connection to family and friends that helps with reintegration.

In the Know: Answering your questions about Margaritaville's construction start date and CinéBistro
2 August 2021

Your questions answered about start date of Margaritaville construction and CinéBistro. And a couple of Jimmy Buffett stories. Walter Cronkite, too.

In the Know: Margaritaville construction and new and vintage Jimmy Buffett images
2 August 2021

In the Know: Margaritaville construction and new and vintage Jimmy Buffett images

Traffic on westbound I-75 about 10 miles east of Collier Boulevard is narrowed to a single lane.

Florida on Sunday broke a previous record for current hospitalizations set more than a year ago before vaccines were available.

Casey Crowther was indicted by a federal grand jury in 2020 and accused of falsely acquiring $2 million in COVID-19 relief funds.

It's one of the most expensive sales to happen in Old Naples over the past two years, actually ranking in the Top 5, said Naples Realtor Alex Owens.